The Kootenay river is the main river system in the Rocky Mountain trench located in the East Kootenays of British Columbia! This incredible river’s headwaters begin deep in the heart of the rockies Kootenay National Park near the Alberta border and Banff National Park. The Kootenay river is not only known for some of the best fishing for native trout in British Columbia but also some of the wildest history dating back to the early 1800’s before the pioneers started to settle this nutrient and wildlife rich valley.

Bull Trout are indigenous to the Kootenay river and have been flourishing here since the very beginning. These predatory and migratory fish live in the Kootenay until it is time for them to spawn in late summer when they will begin travelling up the tributaries. Upon their return in the fall they are very aggressive, hungry to replenish their energy from the spawn. The best time to fish the Kootenay is during the early spring and fall months.

Come spend a day with Kimberley Fly Fishing on the Kootenay river and try your hand at fly fishing for trophy class Bull Trout also known as “the river shark”. There is also some great fishing for trophy size westslope Cutthroat Trout and Rainbow Trout on the Kootenay and should not be overlooked. The Kootenay is a big river and the best way to fish it is with the use of jet and/or outboard propelled motors enabling us to cover big distances to the “honey holes”. Book this unforgettable fishing trip with us in advance as we have to plan for the use of our boats. 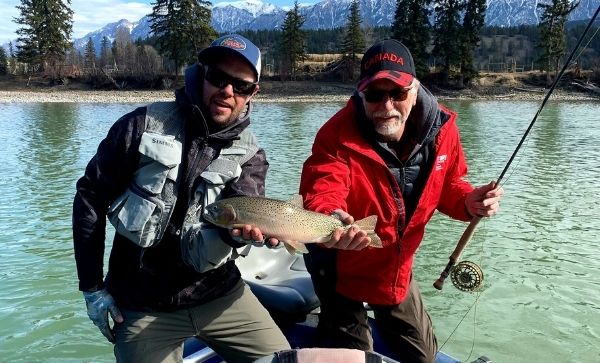 Cutthroat Trout get their common name from a
distinctive red slash that occurs just below both sides
of the lower jaw. Genetically native westslope cutthroat trout have been extirpated throughout most of their historic range due to habitat loss and introduction of non-native species. Remaining populations survive in isolated populations, mostly in headwater streams above natural downstream barriers. 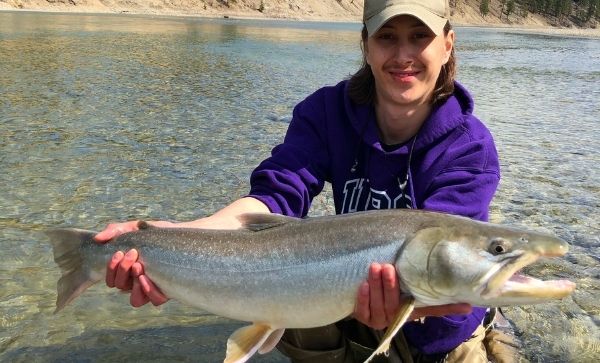 Bull Trout can be very aggressive and will attack streamers when they are feeding, we also use large nymph patterns that have proven to be very effective as well. These large trout can easily take any fly reel into the backing so we recommend at least a 7 wt rod and reel. Be prepared for an exhilarating fight that will keep you coming back to fish this incredible species of wild trout over and over!

Outfitted Raft With a Fishing Frame

All The Fishing Gear You Need

Transportation To & From The River

*All prices are in Canadian Dollars. Prices do not include the cost of BC Fishing Licenses or Gratuities.

Some Of Our Best Catches
On The Kootenay River 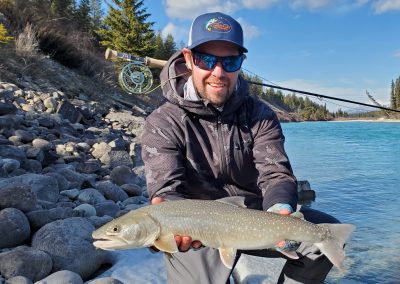 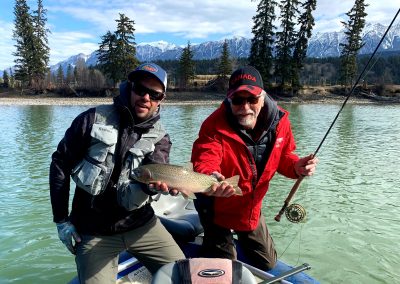 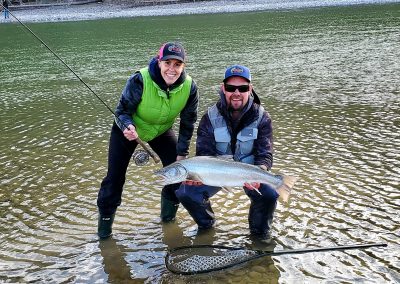 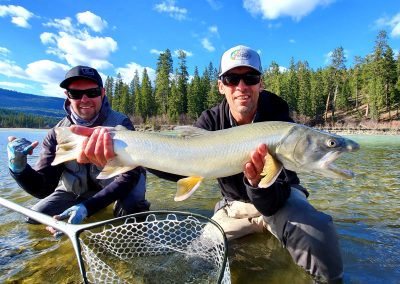 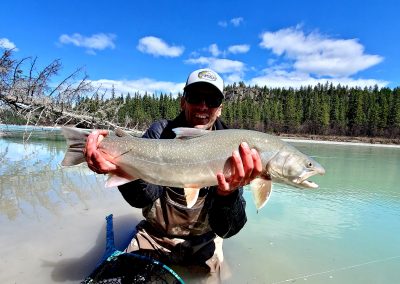 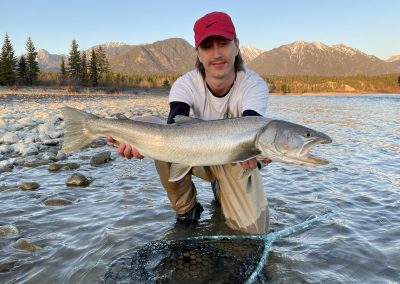 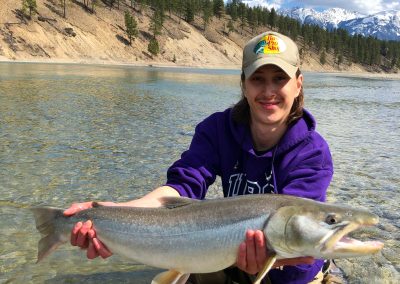 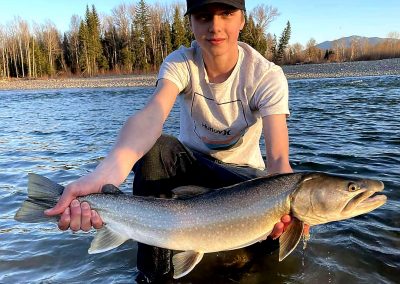 Our Customers Love Fishing With Us!

Had an awesome day on the St Mary’s River, plenty of fish both caught (and missed). Nathan guided and knows the river extremely well.

Would recommend to all and will be on the list next time I’m in the area.

Well what can I say other than I just experienced my very best day dry fly fishing….. Ever! Nate has set the bar very high with the day he provided on the river! He is a natural at pointing out spots to hit, rows like a master, super pleasant and knowledgeable! All the boxes checked for what I look for in a fishing guide . Top it off with a great lunch and exquisite scenery! Doesn’t get any better ! Thanks guys, I can’t wait to get out again with you all.

Amazing day catching fish pretty much the whole time. Guide knew where the fish were and shared his knowledge with us.

There was a bit of a delay getting going but once we got on the water it was everything we could have wanted in a fishing day.

The staff and guides at Kimberley Fly Fishing are fantastic and were a huge help in getting me set up with the new rod and reel I needed! The shop is outfitted with a ton of selection and reputable brands to choose from and the shop staff are happy to help and share their expertise. I’ve been on two guided trips so far (float and walk and wade) and my guides Nathan and Alec both provided fantastic experiences! I highly recommend them for all levels and abilities!

When Is The Best Time To Book A Kootenay River Fly Fishing Trip?

Although the Kootenay can fish well year round the best time to fish the Kootenay River is during the early spring and fall months.

What Kind Of Fishing License Do I Need To Fish The Kootenay River?

All of our guided fly fishing trips include all the gear you need to fish the Kootenay River including Rods, Reels, Flies, Line and Tippet. If you prefer to use your own gear that is ok too. Unfortunately, we do not supply boots and/or hip waders.

Are We Able To Keep The Fish We Catch On Our Kootenay River Fly Fishing Trip?

Is A Deposit Required When Booking A Kootenay River Fly Fishing Trip?

Yes! When you book a Kootenay River Fly Fishing Trip online we will confirm your booking date is available. Once we have confirmed your booking, you will receive an email with a instructions to pay a 25% deposit.

When Do I Have To Pay For My Kootenay River Fly Fishing Trip?

You are required to pay a 25% deposit upon booking your trip. The remainder of the cost of your fly fishing trip is due 48 hours before your trips date. 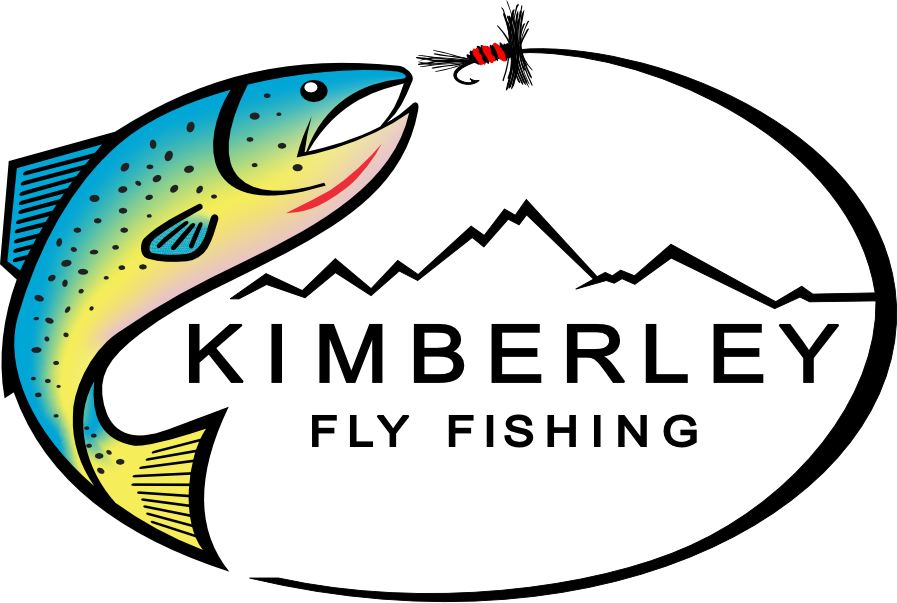 Whether your looking to experience the best fly fishing in BC with an all inclusive guided fly fishing trip, or you’re looking to get your hands on some of the top brands in fly fishing gear, Kimberley Fly Fishing has you covered!